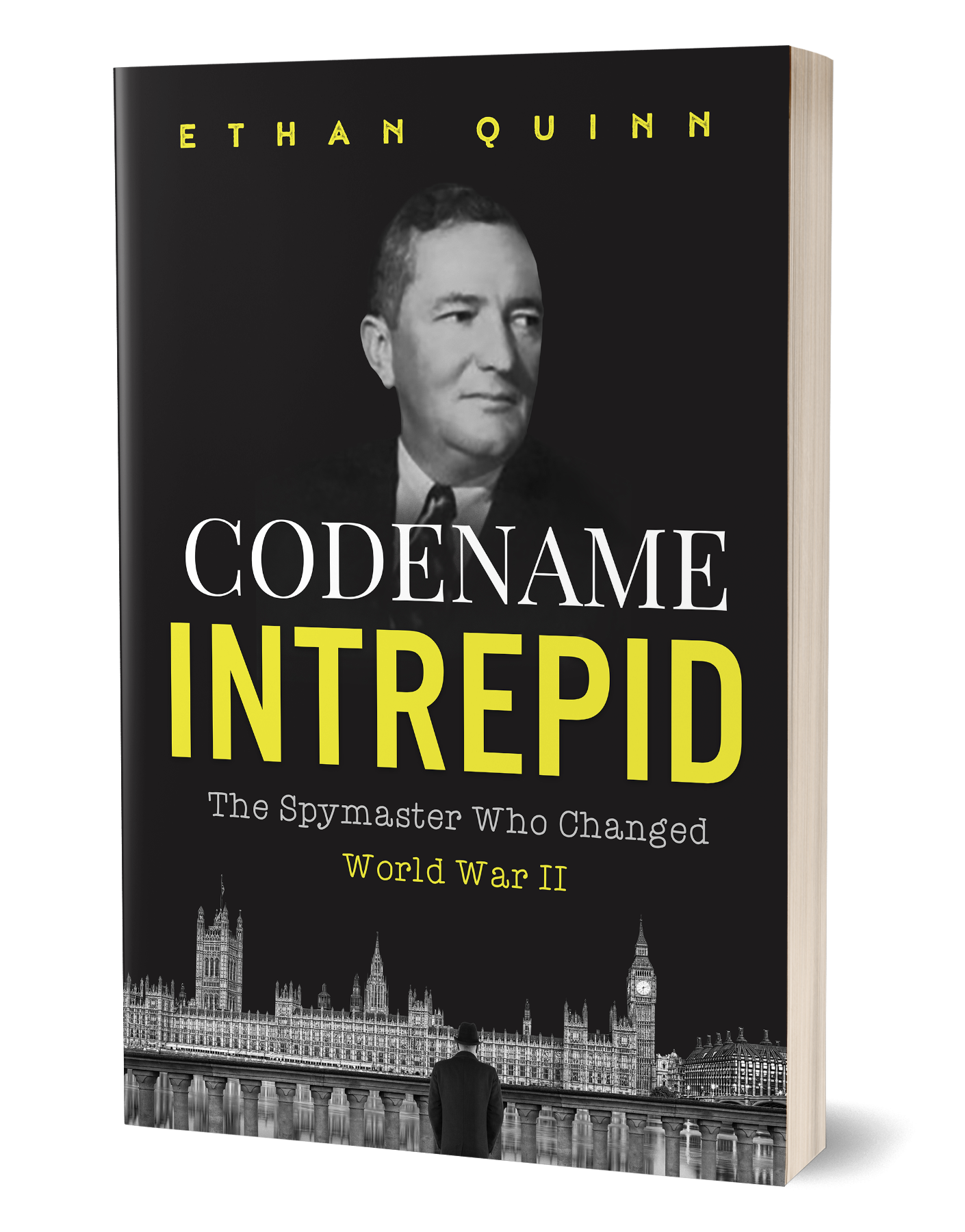 Buy the ebook
Buy the paperback
Audiobook out soon

In Manitoba, Winnipeg, a bronze statue of Sir William Stephenson proudly stands as a testament to this hero’s legacy. He was a dedicated soldier, a gifted inventor, an extraordinary businessman and a daring spy. From his humble Canadian beginnings, William Stephenson enlisted in the Royal Flying Corps and rapidly moved through the ranks of the armed forces.

Eventually earning himself the codename Intrepid for his immense bravery and dedication, Stephenson found himself a crucial cog in the war efforts against Nazi Germany in WWII. He became the senior official of the British Security Coordination, ensuring that British and American intelligence was safely passed between authorities. He became closely affiliated with Winston Churchill, and his wartime antics served as the main inspiration for Ian Fleming’s James Bond.

"It is truly fascinating to find out about these unknown real-life heroes of World War II and William Stephenson truly is one! Ethan Quinn really has the ability to tell the story and make you not want to put the book down. Fantastic read!"